Doug comes up for a week and when he isn't out stalking the Wild Ross Lake Rainbow or tying his latest steelhead pattern preparing for his trip to B.C. you may find him cooking for Tom, Carol and the staff.

I heard a noise, looked and saw the mayor and his councilmen pressing their quivering noses against the window, standing in the rain holding up their Wild Ross Lake Rainbows and a bottle of red wine as an offering for a slice of the pot roast. (1 councilman even held up a sorry looking can of Bud Lite - ---    pffffttttt!) alright I used a little literary freedom here I guess  - but it could have happened!

Geeze guys cmon - show some dignity- try bribing with a bottle of single malt and maybe a bottle of truffle oil, or a thick slab of foie gras - Hey for that I'll at least introduce you to Doug and let the rest be up to you! 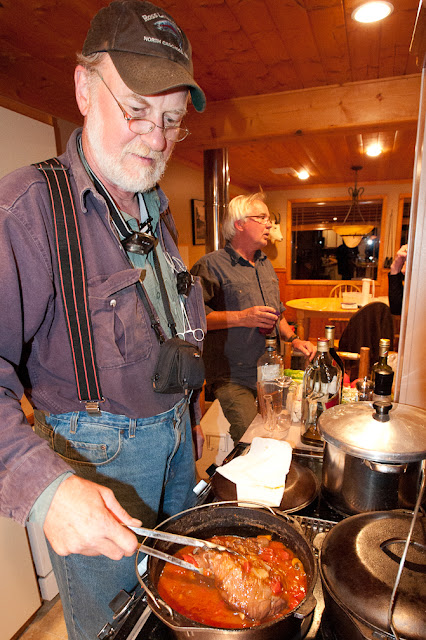 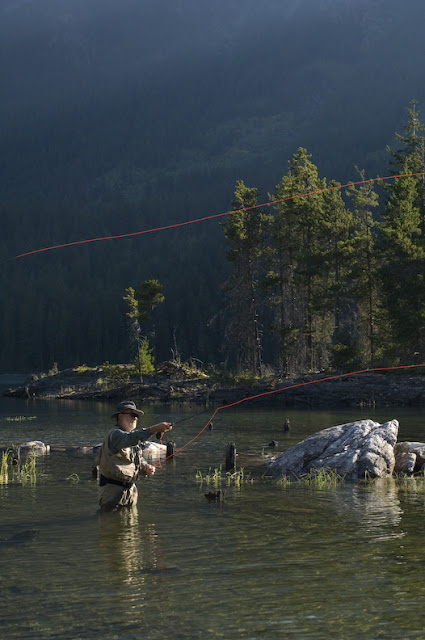 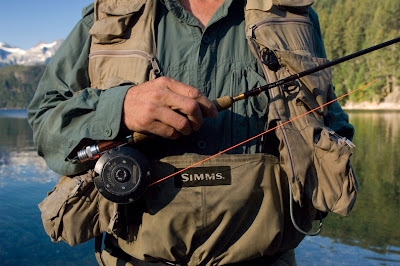 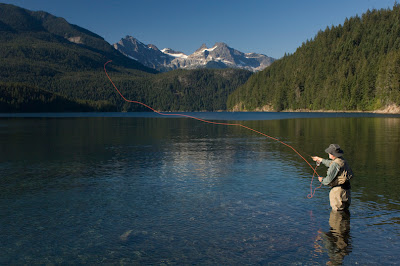 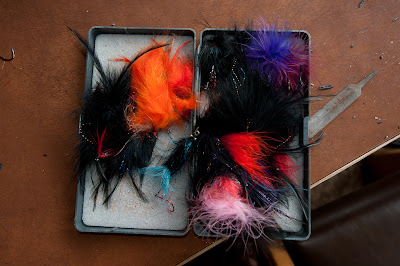 As Doug put the lid back on the dutch oven he looked over and said "Paul, you should have been there for the mayors party - it was a blast......"
Doh!
Posted by Paul Anderson at 2:20 PM

We welcome your comments!